In a move of interest to both businesses organized under Delaware law and businesses that hold funds owned by or owed to Delaware residents, Delaware’s unclaimed property voluntary disclosure agreement program has been extended. Pursuant to 79 Del. Laws, c. 278 (the Act), which was signed by Governor Jack Markell on June 30, 2014 the deadline to enter the Secretary of State’s voluntary disclosure agreement program (SOS VDA), has been extended to Sept. 30, 2014; and the deadline to resolve all unclaimed property liability under that program has been extended to June 30, 2016. Before the Act, those deadlines had been June 30, 2014 for entry into the SOS VDA and June 30, 2015 for resolution of liabilities.

The SOS VDA offers participants the opportunity to reduce years of liability and to eliminate interest and penalties.

Those who should participate include holders of property owned by or owed to Delaware residents, and businesses organized under Delaware law that cannot locate a last known address for the owner of property. This second category, based on the holder’s place of organization, follows the U.S. Supreme Court case Texas v. New Jersey, 379 U.S. 674 (1965), pursuant to which unclaimed property will be reported to the state of the owner’s last known address. However, if the owner’s last address is unknown or is in a foreign country, the unclaimed property is reported to the holder’s state of organization.

In addition to extending the entry and resolution deadlines, the Act made three other changes to Delaware’s unclaimed property law:

Interest: The Act eliminates the imposition of 0.5 percent interest on unremitted unclaimed property.

The Delaware Secretary of State’s unclaimed funds web site can be found at http://revenue.delaware.gov/unclaimedproperty.shtml.

For more information, please contact Polly Harris at 614.227.1962 or [email protected] or any Porter Wright Banking and Finance attorney. 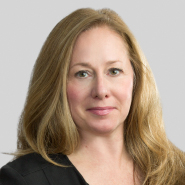