Attorney Chris Baronzzi’s comments appeared in Columbus Business First’s July 23 cover story on oil and gas in Ohio. Business First surveyed geologists, engineers, lawyers and others invested in Ohio drilling activity and came up with a comprehensive roundup and ranking of the top players in Ohio’s Utica shale arena.

Baronzzi’s comments centered on the one individual mentioned by all: Aubrey McClendon, founder and CEO of American Energy Partners. Baronzzi said he thinks McClendon’s presence in Ohio indicates the state’s Utica shale play has the potential to be highly lucrative.

“At some point you have to believe what McClendon is saying,” Baronzzi told Business First reporter Tom Knox. “Now that he’s out of Chesapeake, he could have gone anywhere. He had absolutely no ties to this area.” 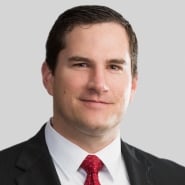