Attorney Brian Hall’s blog post "Texas federal court decision illustrates need for BYOD policies" was cited in an article in FierceMobileIT, an online publication that provides tools, tips and case studies on wireless technologies. The article outlines Hall’s analysis of a federal case regarding Saman Rajaee, who used his personal mobile phone for company business. Rajaee sued his employer after the employer terminated Rajaee and "wiped" his mobile phone of all information including personal photos and contacts not related to his job. While the judge ruled against Rajaee, the case highlights the dangers of not having a BYOD policy in place, Hall said. The judge dismissed the case without prejudice, leaving Rajaee free to file a lawsuit in another court such as a state court. 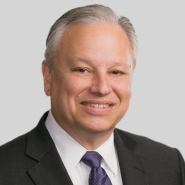