Attorney Aaron Shank has been re-appointed to chair the Ohio State Bar Association’s (OSBA) Unauthorized Practice of Law Committee. The OSBA maintains 31 standing committees and 11 sections, each of which monitors a particular area of law. Committees and sections keep Ohio lawyers informed about the latest court decisions and regulatory changes. Members also comment on bills before the Ohio General Assembly and draft their own legislative proposals to improve existing laws. “Our committee is a little different from others because we investigate and prosecute allegations of unauthorized practice of law,” Shank said. The appointment marks Shank’s second year as chair. 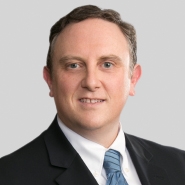