By now, you likely are accustomed to hearing about the federal government challenging the merger of two hospitals or health systems. More often than not these days, the federal government wins. That is true even in the face of claims by the parties that the merger is necessary to reduce costs and/or improve the quality of health care provided — the very foundation for the Affordable Care Act.

So it is noteworthy when the acquisition of a physician group by a health system is challenged. It is even more noteworthy when "lower cost/higher quality" is the rationale for the acquisition, and even more noteworthy still when the federal and state government were NOT the initial parties to sue. All three aspects were present in FTC v. St. Luke’s Health System, a case in which a federal judge last week handed the FTC and the Idaho AG a significant victory, ordering the defendants to unwind their previous acquisition.

In December 2012, St. Luke's Health System in Boise, Idaho acquired Saltzer Medical Group. St. Luke’s was the dominant health system in the area and Saltzer, a multi-specialty group with more than 40 physicians, was the largest physician group in the area. Because the FTC and ID AG had not yet completed their investigation when the acquisition was set to close, rival hospitals — St. Alphonsus Health System and Treasure Valley Hospital — filed suit in November 2012 to enjoin consummation of the deal. The plaintiffs claimed that because of the merging parties’ dominance in their respective fields, the acquisition would be anticompetitive for two reasons. First, the deal would reduce competition for physician services and outpatient surgery services. Second, the acquisition would diminish competition among the hospitals themselves because the plaintiff hospitals depend on Saltzer physicians for a significant portion of their inpatient admissions.

The judge allowed the transaction to proceed, primarily because the merging parties represented that they would not change their organizational structure for at least 12 months, allowing the court to unwind the transaction should it rule in favor of the plaintiffs. Thereafter, the FTC and ID AG concluded their investigation and filed a separate complaint alleging that the transaction was unlawful and requesting that St. Luke’s divest Saltzer and unwind the acquisition. See Complaint for Permanent Injunction.

On Jan. 24, 2014, the court sided with the plaintiffs: Read Court Decision. The court made the following findings:

The judge simply ruled on the outcome thus far and has not released his full opinion. The parties must indicate which portions of the court’s proposed findings of fact and conclusions of law they believe are confidential. Once the court reviews those submissions it will release a public version of its full opinion. Two things are for certain, though, right now: (a) hospital-doctor tie-ups can certainly be challenged and (b) even an acknowledged claim of improving patient outcomes will not necessarily save a transaction that is likely to increase the parties’ bargaining leverage (and presumably, costs to consumers). 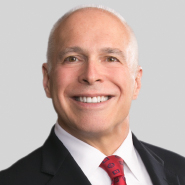