Since the February 2022 Russian and Belarussian invasion of Ukraine, the United States (U.S), European Union (E.U), United Kingdom (U.K.) and countries around the world have applied an escalating set of economic sanctions and export controls on the Russian and Belarussian governments, designated industry sectors, and prominent individuals and businesses associated with supporting and/or financing the activities of these regimes.

These restrictions have formed a new and challenging web of interrelated compliance challenges for companies conducting business around the world, even where no direct transactions with Russia or Belarus may be involved. We strongly recommend that international companies be aware of and seek to mitigate the following risks:

On Feb. 21, 2022, the U.S. issued Executive Order 14065 (E.O. 14065) prohibiting all transactions involving the two separatist-held regions of the so-called Donetsk People's Republic (DNR) and Luhansk People's Republic (LNR) in Ukraine. The E.U. and the U.K. have applied similar restrictions.

SDN designations: Under a previously issued Executive Order (E.O. 14024), the U.S. identified a number of Russian banks and 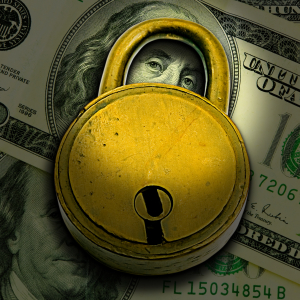 other large, state-owned entities under a series of designations and directives issued by the Office of Foreign Assets Control (OFAC).

Under these issuances, VTB, Vnesheconombank (VEB), Promsvyazbank (PSB), Bank Otkritie, Sovcombank, Novikombank and others (as well as subsidiaries of these banks) were designated as Specially Designated Nationals (SDNs), prohibiting U.S. persons from conducting any transactions with such parties (or any parties 50% or more owned by these SDNs).

Correspondent banking: OFAC also has issued the new Russia-related Directive 2 under E.O. 14024, titled "Prohibitions Related to Correspondent or Payable-Through Accounts and Processing of Transactions Involving Certain Foreign Financial Institutions" (Russia-related CAPTA Directive). This Russia-related CAPTA Directive prohibits U.S. financial institutions from opening or maintaining a correspondent account or payable-through account for, or processing transactions of, an entity subject to the CAPTA Directive, or their property or interests in property. To date, only Sberbank and its subsidiaries have been designated in this regard. The U.K. has issued similar restrictions, although the E.U. has not to date.

Debt restrictions: OFAC also issued Directive 3 under E.O. 14024, titled "Prohibitions Related to New Debt and Equity of Certain Russia-related Entities" (Russia-related Entities Directive), which prohibits U.S. persons from dealing or transacting in "new debt of longer than 14 days maturity and new equity of Russian state-owned enterprises, entities that operate in the financial services sector of the Russian Federation economy, and other entities determined to be subject to the prohibitions in this directive." Entities designated include a range of large Russian banks (e.g. Sberbank) as well as large, state-owned entities (e.g. Gazprom, Russian Railways). The E.U. and the U.K. have issued similar restrictions.

SWIFT system removal: The U.S., E.U. and U.K. jointly agreed to require removal of most large Russian banks from the SWIFT system used for transactional communication between banks.

Central bank and sovereign wealth fund: OFAC issued Directive 4 under E.O. 14024, "Prohibitions related to Transactions Involving the Central Bank of the Russian Federation, the National Wealth Fund of the Russian Federation and the Ministry of Finance (MoF) of the Russian Federation," prohibiting U.S. persons from any transaction involving these entities, including any transfer of assets to such entities or any foreign exchange transaction for or on behalf of such entities. However, as they were not designated as SDNs, transactions with parties that are owned 50% or greater by the Central Bank, Wealth Fund or MoF are not impacted. The U.K. and E.U. have issued similar restrictions. Note that the U.S. has provided guidance indicating that gold-related transactions likely also are restricted.

Russian and Belarussian government officials and companies: The U.S., E.U. and U.K. have issued various SDN designations against a wide range of government officials and companies in targeted sectors (energy, military, technology, finance, etc.) in both Russia and Belarus. These sanctions apply to designated individuals and parties as well as any entities in which such individuals and parties have 50% or greater ownership (or under E.U. and U.K. sanctions, 50% ownership OR control).

Dual-use items: A license requirement now applies to any items “subject to the EAR” (U.S.-origin) classified under any Export Control Classification Number (ECCN) in Categories 3 through 9 of the U.S. Commerce Control List (CCL) (e.g., electronics, telecommunications, information security, sensors, lasers, navigation and avionics, marine and aerospace and propulsion). Many of these items did not previously require licenses; most license applications will be subject to a general policy of denial. Similar restrictions have been adopted by the U.K. and E.U.

U.S. Foreign Direct Product Rule: Items manufactured outside of the U.S. that are (1) not EAR99 (any item on the  CCL) (2) that are the direct product of most U.S.-origin technology or software listed on the CCL (or a plant or major component that is a direct product) or contain such a direct product and (3) are intended for sale in Russia or Belarus will be restricted under U.S. export controls. All items, including EAR99-designated items, are subject to such rules if intended for export to a Military End-User (MEU) designated party.

Oil and petrochemical industry: The U.S., E.U. and U.K. have previously restricted exports of items that are usable in oil and gas drilling, pipelines, refining, production or storage as listed in specified product codes in their respective export controls regulations. The U.S. has applied restrictions to all such exports to Russia. The E.U. has applied similar restrictions as well. The U.K. has not yet applied new restrictions.

Luxury goods: Under Executive Order 14068 (E.O. 14068), "Prohibiting Certain Imports, Exports, and New Investment with Respect to Continued Russian Federation Aggression," the U.S imposed new restrictions on export of U.S. origin items covering a wide-range of categories, restricting their export to both Russia as well as identified oligarchs regardless of geographic location. The E.U. and U.K have issued similar restrictions, although the E.U. rule provides for a de minimis exemption for items valued under 300 EUR.

Military and government end-users and end-uses: As noted above, additional restrictions have been placed on a range of parties added to U.S. MEU lists as well as the U.S. Entity List (which effectively restricts all sales of U.S. origin products). The E.U. and U.K. have adopted similar restrictions.

Note that even low-level export controls on mass-market (consumer grade) encryption-enabled items (e.g. computers, tablets, smart-phones, etc.) have been restricted with respect to military or government end-uses or end-users in Russia or Belarus.

Import restrictions: The U.S., E.U. and U.K. have issued various, additional import restrictions and prohibitions on Russian-origin goods, including diamonds, iron and steel, seafood, alcohol and other consumer products.

Revocation of Most Favored Nations (MFN) status: The U.S., E.U., U.K. and a number of other nations have recently pledged to revoke the MFN status of both Russia and Belarus, which will have the effect of imposing significantly higher import tariffs on any goods not subject to other sanctions that are still permitted for import.